Regardless of what you do for a living, it’s easy to focus on the negatives of the job and let those things bring you down. However, most jobs have certain perks, and IT is no exception. This article discusses some of the benefits I’ve experienced over the years as a result of working in IT.

1: You get to meet lots of people

One of my absolute favorite things about working in IT is that you get to meet so many interesting people. Back in the mid-90s, for example, I worked for a large insurance company with about 1,000 users. I can honestly say that I knew most of those users on a first-name basis. Better still, even though I left the company about 15 years ago, some of the people I met there are still my best friends to this day.

Without a doubt, the greatest benefit that came from getting to know so many people was that I met my wife of 17 years as a direct result of working in IT. She was working in the marketing department at the time, and I met her because she called me to fix her printer.

2: The money can be good

Even though IT will probably never be the way that it was during the dot-com boom, IT does tend to pay better-than-average salaries. Of course, the pay level varies considerably from one company to the next and from one position to the next.

3: It’s easy to move around

4: You have personal freedom

IT pros tend to have a lot of personal freedom. I will be the first to admit that corporate culture can vary considerably from one organization to the next and that some organizations are more permissive than others. Even so, I can’t remember anyone ever making me punch a time clock or stick to a rigid break schedule. Most of the IT jobs I have had have allowed me to set my own hours and even work from home when I wanted to (within reason). Likewise, I have always had total freedom to decorate my office anyway I wanted.

5: You get to help people

Another great thing about working in IT is that you get to help a lot of people. Some people hate IT because they’re usually calling with a problem they want you to solve. Even so, I have always found it gratifying to be able to end the day knowing that I was able to spend it helping people.

6: You get paid to spend time away from the office

This may not apply to everybody, but one thing I have always enjoyed immensely about IT is the travel. The very nature of the job means that you constantly have to learn new things and oftentimes, this means traveling to training classes and technical conferences.

Although I do confess to being a travel junkie, there is also something very cool about being away from the office for a few days without having to burn up any of your vacation time. What’s even better is that technology conferences tend to be held in places where there are plenty of things to see and do after hours.

Few things in life bring me down faster than monotony. While every job has some amount of repetition, IT has the unique advantage of requiring creative solutions to unusual problems. There is definitely something to be said for being challenged once in a while.

A definite perk of working in IT is having access to cool toys. Just yesterday, for example, I had to spend several hours in a hospital waiting room, so I got some work done using my Windows 8 tablet. While doing so, several people stopped to ask me where I got the tablet, since Windows 8 won’t be out until sometime next year.

The same basic concept has always held true regardless of the hot technology of the moment. Back in the 90s, I remember using a flatbed scanner to copy pictures for my friends at a time when none of them had ever even heard of a scanner.

9: IT knowledge can be helpful in everyday life

Although perhaps not a job perk, IT knowledge can definitely be helpful in everyday life. For example, there was a time long, long ago when the network cabling standard of choice was coaxial Ethernet. I spent one entire summer pulling coaxial cable and attaching cable ends. At the time, I hated the job. But even though nobody uses coaxial Ethernet anymore, the knowledge I gained installing all that cable came in handy just last week.

My next-door neighbors had some carpet installed. The installer accidentally cut their satellite cable. The cable used by satellite dishes is similar to what was used for Ethernet so long ago. Since I still have my tools, I was able to repair the cable for them, so they didn’t have to wait a week and pay for a service call from the satellite company.

Earlier, I mentioned that one of the great things about working in IT is that you get to help people. Sometimes, people who you help are so grateful that they provide a special reward. Over the years, I have had clients send me various gifts as a way of saying thank-you for helping them out in a pinch. When I worked for the military, some of the people I helped even thanked me by taking me for joy rides in tanks and helicopters.

Don’t get me wrong — I don’t help people because I expect to get something in return. However, it is always a nice feeling when someone surprises you with a thank-you gift.

What other aspects of your IT job make you happy? Do the good things outweigh the bad?

IT professionals responsible for perimeter defenses are frustrated.

Case in point: Internet traffic of all shapes and sizes traverses port 80. Meaning, port 80 must remain open. Bad guys know this. So port 80 becomes their private malware highway. And trucks, full of malcode, drive right past the check point.

I’d like to introduce Next Generation FireWalls (NGFW). Firewalls designed to filter packets based on applications. To continue my analogy, the trucks loaded with malcode can’t drive right past the check point, any more.

Other features incorporated in NGFWs:

Just about every blog post I’ve read about NGFWs mentioned tuples. I had no idea what they were. Hopefully, you do. If not, here’s what I found out.

N-tuple is a collection of attributes. And, in the case of firewalls, these attributes are used to define access requirements. N is a place holder representing the number of attributes in the list. For example, a 5-tuple “firewall allow rule” might include:

So, if the packet being inspected has all of the correct attributes, the firewall will allow it to pass.

I thought I was “good to go” after figuring out what a tuple was. Then I read something about “widening the 5-tuple”. Widen a tuple. Does that even make sense?

Let’s see if it does.

As mentioned earlier, a first-generation firewall rule employs a collection of 5 attributes or 5-tuple. That is sufficient to carry out stateful port and protocol inspection, Network Address Translation, and Virtual Private Network technology.

A 5-tuple rule set is not sufficient for NGFWs. Next Generation Firewalls need additional attributes such as application type and user identity in order to work as advertised. To understand why, consider the port 80 analogy, one last time.

If it’s discovered that the truck carrying malcode has an illegal license plate, the truck ain’t going anywhere. The same applies to malcode. If its license plate — “application type” attribute — is incorrect, the malcode is blocked from continuing on.

The additional attributes or tuples are “widening the 5-tuple”.

Confession time: I did not find a clear-cut explanation of how tuples relate to firewalls. But, article after article mentioned tuples. So, I jumped in. If my explanation is wrong, I hope firewall and database admins that better understand will bail me out.

The Ponomen Institute just completed a survey of NGFWs for SourceFire, Inc. The infographic ( partially shown below) provides several interesting statistics, particularly what is driving interest in NGFWs and the percentage of respondents noticing performance degradation:

The race toward sophistication between malware and antimalware continues. Stay tuned 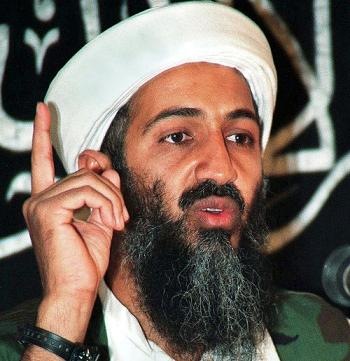 Osama Bin Laden death may increase terror attacks
The recent death of Osama Bin Laden may be a psychological victory for America. However those in Al Queda and Hamas may use Osama’s death as a rallying cry against America, the west and Israel. Terror attacks could greatly increase in the coming days, weeks and months. With current Mideast instability in Iran, Iraq, Israel, Gaza and Libya the chances of extreme upheaval with renewed terror attacks directed at Israel and America Al Queda should be expected and prepared for

These are the real photos.
If you have not yet heard the president’s speech Osama Bin Laden was killed in a fire-fight. The M-16A2 bullet to the forehead is consistent with the damage of these bullets.
These bullets are designed to tumble and ricochet inside the body after penetration to cause more damage. All military personnel know this fact.

TIME TO SET THE RECORD STRAIGHT
The photos above are an elaborate hoax. They were done by graphic professionals in 2006 during another hoax. My reason for posting them here is to highlight a serious hoax concerning Obama’s long form birth certificate just released a few days ago in April 2011. But before I give you the link to that post here lets talk about the Osama Bin Laden’s hoax death pictures. How do we know they are a hoax pictures?
First the obvious.
1.) Osama Bin Laden looks like he did nearly ten years ago except for the photo shop eye injuries. He has not aged.
2.) Death even on tanned skin begins to produce a non natural discoloration of the skin in just a few hours.
3.) The eye injury is consistent with a partial eye blow out from an M16-A2 bullet ricochet in the interior of the skull. However usually the eye will close with coagulated blood, not always but usually. Also if you look closely at the eyes you will see straight lined eye slits. This is possible because eyes when blown out will stretch the skin to produce this effect. In this case however the slits are just too straight and the whites of the eye are just too white. If you save the small picture of Obama and blow it up 100 percent, using the PAINT tool of windows then you will clearly see it has been photo shopped.
4.) Lastly is there a stock photo that exists with these features especially the mouth. Yes there is and you will see it just below. 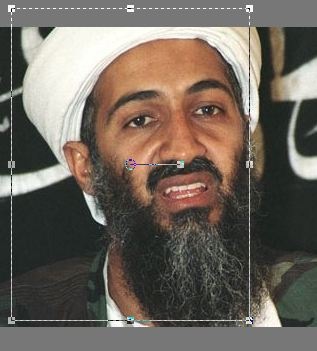 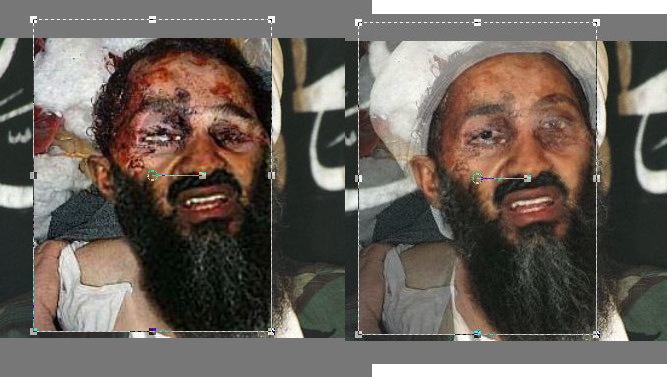 Additional by Search by JREF (MusT Watch…..)

Osama is dead. Now here is some new that may benefit you.